Everything About Kusama – A Detailed Guide

In this detailed guide, you will learn everything about Kusama- from what it is to how to buy and store it. Kusama is a blockchain platform that is designed to be scalable, secure, and interoperable. In other words, it has the potential to become the foundation for a new internet. And with the recent launch of its native token, KSM, Kusama is positioned to become a major player in the crypto space.

So far, the response from the community has been overwhelmingly positive, and it is clear that there is a lot of excitement about the project. Only time will tell whether Kusama will be able to live up to its hype, but there is no doubt that it has the potential to change the face of cryptocurrency.

Kusama is a canary network for Polkadot that allows users to experiment with new features and technologies in a real-world setting. Kusama is designed to be a platform for high-risk experimentation and hard forks, providing a place for developers to test their ideas before they are ready for the main Polkadot network.

As such, Kusama is much less stable than Polkadot and is not recommended for production use. However, it provides a valuable testing ground for new technologies that could eventually make their way to Polkadot. Kusama is also home to the Parachains testnet, which is used to test the scalability of Polkadot’s parachain technology. In addition, Kusama has its own native token, called KSM, which is used to governance and staking.

How does Kusama Work

Kusama is a Polkadot-based network designed to be a “canary” or experimental version of Polkadot. Kusama is characterized as being more experimental and unrefined than the main Polkadot network. Network participants can use Kusama to test new technologies or paradigms that might one day be integrated into the main Polkadot network. Kusama is based on the same codebase as Polkadot but uses different governance mechanisms.

Kusama Cryptocurrency works similarly to many other cryptocurrencies. There is a native token, KSM, which is used to stake nodes on the network and enable transactions. The staking mechanism is designed to encourage users to act in the best interests of the network by giving them a financial incentive to do so. Network participants can also earn rewards for validating blocks and participating in governance. Like other cryptocurrencies, Kusama is powered by a blockchain and can be bought and sold on cryptocurrency exchanges.

Cryptocurrencies are digital or virtual tokens that use cryptography to secure their transactions and control the creation of new units. Cryptocurrencies are decentralized, meaning they are not subject to government or financial institution control. Bitcoin, the first and most well-known cryptocurrency, was created in 2009. Cryptocurrencies are often traded on decentralized exchanges and can also be used to purchase goods and services. Kusama is a crypto asset platform that enables developers to build custom applications on top of it. Kusama is built on the same Polkadot technology as its sister network, Polkadot. Kusama is considered a “canary network” for Polkadot, meaning it is used to test features and upgrades before they are implemented on Polkadot. Some of the benefits of Kusama include:

-Kusama is more experimental than Polkadot and offers a higher degree of autonomy to developers.

-Kusama has lower barriers to entry, making it more accessible to developers.

Overall, Kusama offers a number of advantages for developers looking to build blockchain applications. Its flexibility and ease of use make it an attractive option for those looking to experiment with blockchain technology.

Who is Behind Kusama

Kusama is a decentralized network of public and private blockchains, providing the foundation for Web3. Kusama is powered by the Polkadot protocol, which uses advanced cryptography to securely connect chains, enabling them to share data and transact with each other without intermediaries. The protocol was developed by a team of experienced researchers and developers, led by Gavin Wood, co-founder of Ethereum.

The Kusama team is based in Switzerland and is comprised of experienced blockchain developers, researchers, and entrepreneurs. The project has received funding from a number of well-known investors, including Polychain Capital and Andreessen Horowitz. Kusama is open-source and community-driven; anyone can participate in its development and governance. The goal of the project is to build an ecosystem of interconnected chains that are secure, scalable, and interoperable.

Kusama is intended to be a testbed for emerging technologies that will eventually be deployed on Polkadot; as such, it is often referred to as “Polkadot’s Wild Cousin.” While Kusama shares many features with Polkadot, it also has some key differences; most notably, it has a shorter development cycle and requires less coordination between parties. This makes it an ideal platform for experimentation and rapid innovation. As Web3 evolves, Kusama will play an important role in shaping its future. 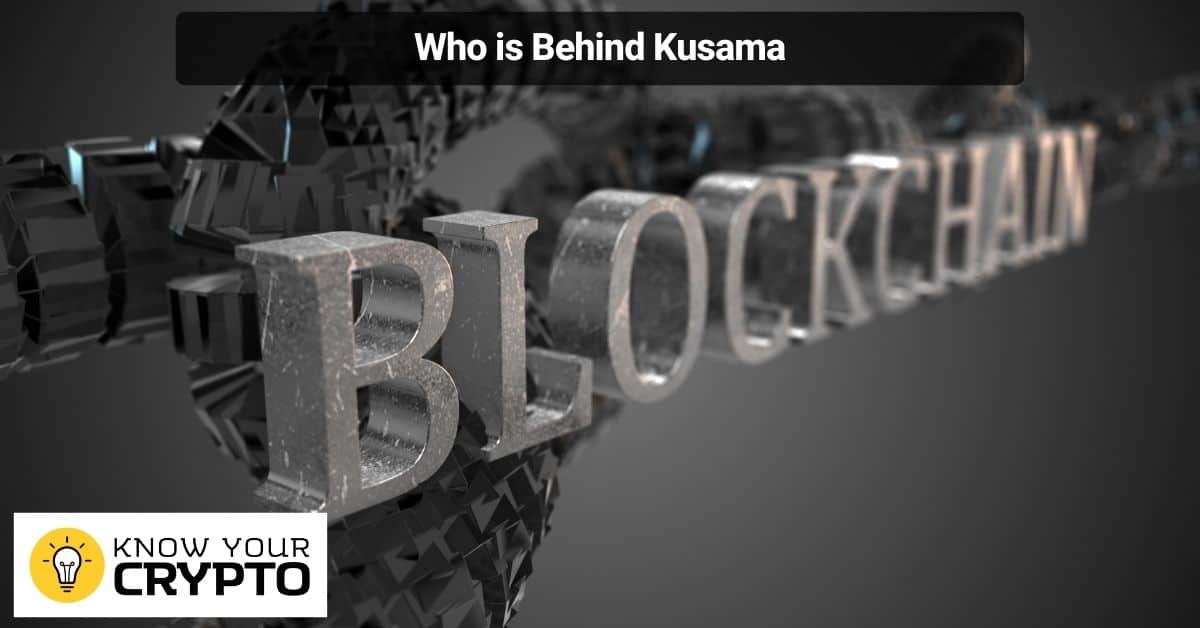 How to Buy and Store Kusama

Many people are interested in buying Kusama crypto but don’t know how. Here is a simple guide:

Once your account is funded, you can then place an order to buy Kusama. You can choose to buy it with Bitcoin or another cryptocurrency, or you can purchase it directly with fiat currency. Once your order is filled, you will then hold Kusama in your exchange account. Make sure to store it in a secure location, as exchanges are occasionally hacked and coins can be stolen.

Storing Kusama Crypto is easy! All you need is an internet connection and a computer or mobile device. There are many different wallets that you can use to store your Kusama Crypto, but we recommend using a software wallet like MyEtherWallet or MetaMask. Once you have created an account with one of these wallets, you will be able to send and receive Kusama Crypto.

To store your Kusama Crypto offline, you can use a hardware wallet like the Ledger Nano S. This type of wallet allows you to keep your private keys offline, which makes it much more secure. Whichever type of wallet you choose, make sure to keep your recovery phrase safe in case you ever lose access to your account. 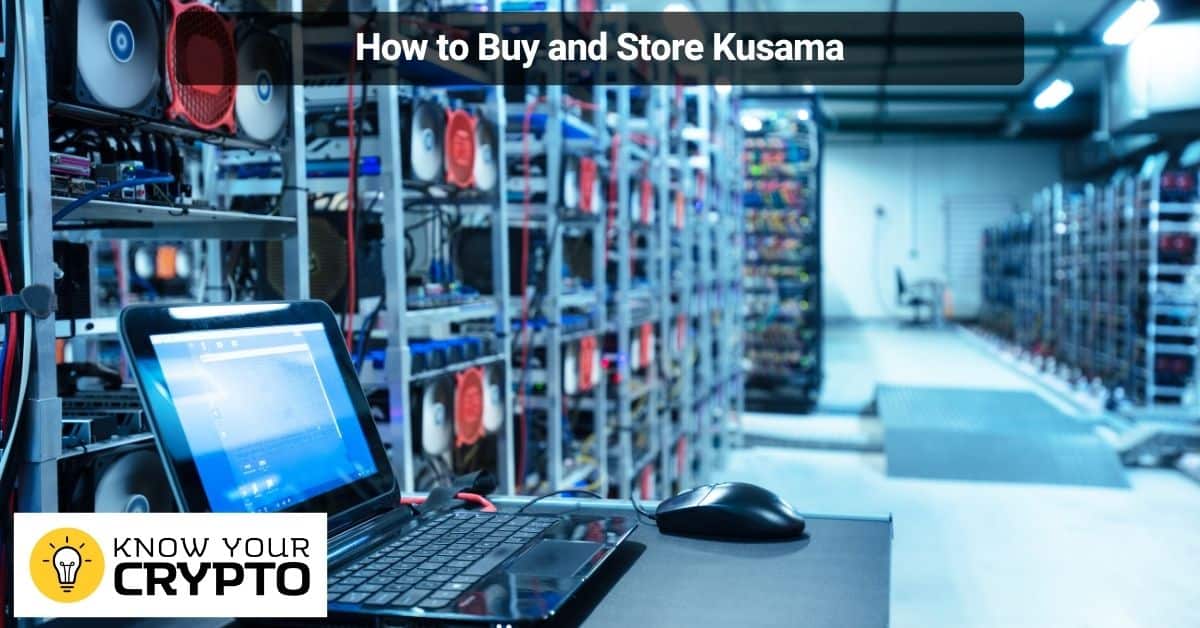 Cryptocurrencies and blockchain technology are still in their infancy, and it is difficult to predict where they will go in the future. However, one thing is certain: the potential for growth is huge. And that is precisely what makes Kusama so exciting. Kusama is a blockchain platform that is designed to be scalable, secure, and interoperable. In other words, it has the potential to become the foundation for a new internet. And with the recent launch of its native token, KSM, Kusama is positioned to become a major player in the crypto space.

So far, the response from the community has been overwhelmingly positive, and it is clear that there is a lot of excitement about the project. Only time will tell whether Kusama will be able to live up to its hype, but there is no doubt that it has the potential to change the face of cryptocurrency.

Kusama is an exciting new blockchain platform that has the potential to revolutionize the cryptocurrency space. Designed to be scalable, secure, and interoperable, Kusama could become the foundation for a new internet. With its launch of KSM tokens, Kusama is well on its way to becoming a major player in the crypto world. The response from the community has been overwhelmingly positive, and there is no doubt that Kusama has a lot to offer. Only time will tell whether it can live up to its hype, but there is no doubt that Kusama is poised for success.

sanshuinu.finance
Sanshuinu Blog will explore all things cryptocurrency, from the basics of how it works to more advanced topics like mining and investing. We hope this blog will be a valuable resource for anyone interested in learning more about cryptocurrency.
Kusama Consultant is a FORM AWAY!

All About COTI – A Descriptive Guide

COTI is a revolutionary new payment protocol that has the potential to revolutionize the way we pay for goods and services. It was created with

All About Validity – An Ultimate Guide

Validity is a crypto project that is looking to provide a better way for businesses and individuals to conduct trustless transactions. The team behind Validity

What You Need to Know About TENT – An Ultimate Guide

Welcome to the TENT crypto blog! In this series, we will be exploring all things TENT – from the history of the project to its

About GRLC – A Detailed Guide

Looking to learn more about GRLC? You’ve come to the right place! In this detailed guide, we’ll go over everything you need to know about

What is TransferCoin – A Comprehensive Guide

TransferCoin is a digital currency that allows users to make instant, secure and low-cost payments to anyone in the world. It is based on the

Things to Know About Gridcoin – A Comprehensive Guide

Gridcoin is a decentralized, open-source cryptocurrency that allows users to earn rewards for participating in BOINC projects. Launched in late 2013, Gridcoin has quickly become